Atiku’s Son Gets Children’s Temporary Custody, But His Wife Got A Fair Share Too 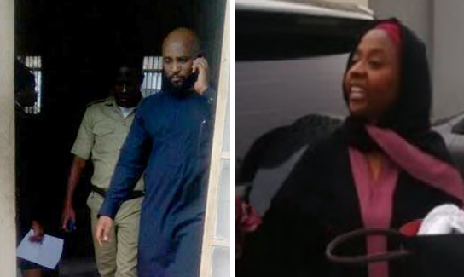 A Lagos State Magistrates’ Court sitting in Tinubu, Lagos Island on Wednesday granted Aminu Atiku, a son of former Vice-President Abubakar Atiku, the interim custody of the two children he had with his estranged wife, Ms. Fatima Bolori.

The presiding chief magistrate, Kikelomo Ayeye, granted Aminu custody of the children, in order to enable the children – Amirah, eight, and, Amir, six –  to complete the ongoing academic session in the school where they were enrolled in Lagos.

The magistrate made the order during Wednesday’s proceedings in a child custody suit involving Aminu and Bolori.


The proceedings, which took place in the magistrate’s chambers, were not open to journalists but a Punch  correspondent learnt that Aminu was given the temporary custody of the children.

A source privy to the proceedings told the Punch correspondent that Aminu informed the magistrate that he had paid both children’s school fees for the entire year.

He persuaded the court to allow the kids live in his Lagos home, until the next hearing of the suit.

The chief magistrate, Ayeye, however, ordered Aminu to write a letter to the kids’ school, introducing Bolori as their mother and permitting her unfettered access to Amirah and Amir in their school, at any time of the day.

The court directed Aminu to allow Amirah and Amir to spend weekends, public holidays, including Christmas holidays, with Bolori, whenever she was in Lagos.

The magistrate also ordered Aminu to deposit both children’s passports in their mother’s custody.