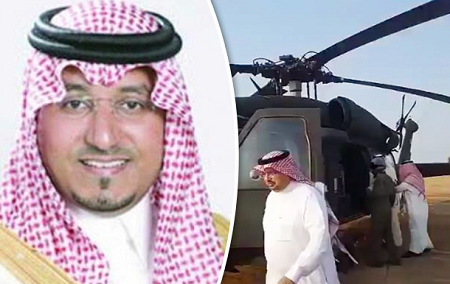 A Saudi prince died in a helicopter crash near the Yemeni border Sunday afternoon, one day after the kingdom’s young crown prince ordered a shocking purge of princes and some of the country’s most influential leaders.

Prince Mansour Bin Muqrin was killed in the crash “while performing an inspection in remote parts of the governorate,” a spokeswoman for the Saudi embassy in Washington told NBC News.

The Saudi-owned, Dubai-based satellite news channel Al-Arabiya reported seven other people also died in the crash. Prince Mansour was the son of Prince Muqrin Bin Abdulaziz, a former intelligence director and a one-time crown prince of the kingdom.