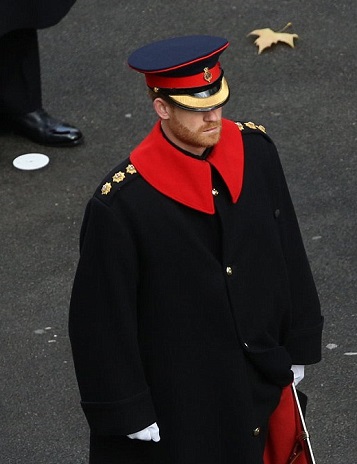 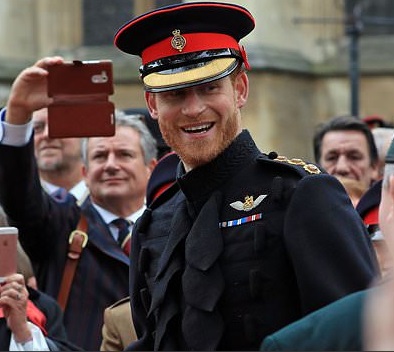 Prince Harry has been accused of breaking military rules by wearing a beard while on official duty in a British Army uniform.

The 33-year-old left the military in 2015 but appeared at the Cenotaph in London for the Remembrance Sunday service with a full beard.

Despite no longer being a member of the armed forces, a serving military member in the elite cavalry regiment was unhappy that Prince Harry had not shaved for the occasion.

They said: 'Prince Harry is letting us all down. There's no place for beards in the Queen's cavalry. He should have shaved it off for such an important day.'


Prince William and Prince Andrew both appeared at the Remembrance Sunday service clean shaven, yet Prince Harry had a beard when paying his respects at the Cenotaph service in London.

The British Army rules does not allow beards, except in a few rare circumstances, such as when a soldier is suffering from a skin complaint, or has strong religious reasons for retaining facial hair.

Sikhs are not allowed to cut their own hair, and can thus retain their beards while in uniform, for example.

Special Forces or others on covert operations are also permitted to grow beards when behind enemy lines, but they would not wear them on parade.