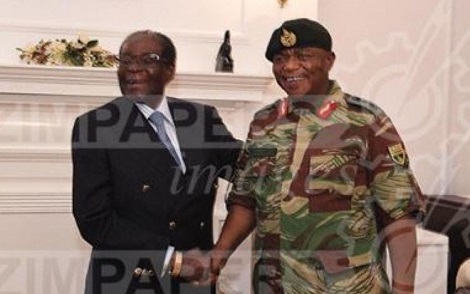 The first pictures of President Robert Mugabe after he was dramatically ousted by his own army show him shaking hands with a military chief.

Mr Mugabe, 93, was placed under house arrest yesterday after his troops launched a coup to take control of the country.

The men were pictured grinning together days after the general was accused of "treasonable conduct" by Zimbabwe's ruling political party, Zanu-PF.


The army described their actions as a “bloodless transition”.

But Zimbabwe analyst Alex Magaisa said: “Although it doesn’t look like a coup, it is a coup.” 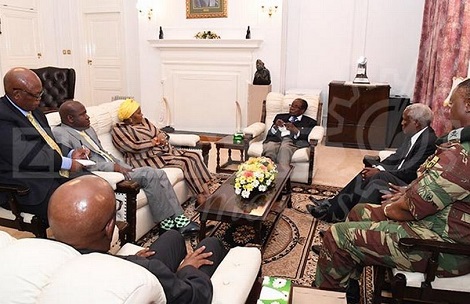