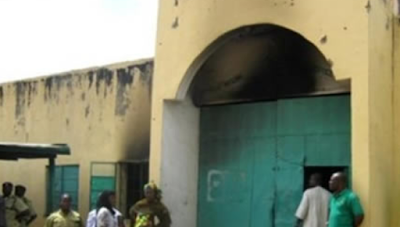 An Ikeja High Court on Friday discharged and acquitted Ifeanyi Igwe, a fashion designer, of the charge of conspiracy and attempted robbery four years after his first arraignment.

Igwe’s freedom came on Friday after being incarcerated for four years. Justice Raliatu Adebiyi on Friday found Igwe, in his late 20s, not guilty of a two-count of conspiracy and armed robbery.

The judge said Igwe’s acquittal followed the prosecution’s inability to prove its case against Igwe.

“The prosecution failed to prove the charge of conspiracy beyond a reasonable doubt. And the testimony of the IPO did not give any evidence that the defendant robbed one Abdullahi Salami.

“The statement of the defendant is at variance with the testimony of the IPO, the defendant had admitted in his statement that he had stolen a Bajaj motorcycle from Salami.

“This is at variance with the testimony of the IPO which was about the attempted robbery of a member of the public.

“The prosecution failed woefully to prove the charge of conspiracy and attempted robbery.

“The defendant is hereby discharged and acquitted of the charges,” the judge said.

The prosecution, led by Mrs Bukola Akanni of the Office of the Public Defender, had alleged that Igwe committed the offences on July 13, 2013, at Agoyi Junction, Isolo Road, Isolo, Lagos State.

According to Akanni, Igwe and an accomplice, while on a motorcycle, attempted to rob a member of the public.

“The robbery was foiled when their intended victim raised an alarm and in their attempt to escape, they were hit by a vehicle and were apprehended,” she said.