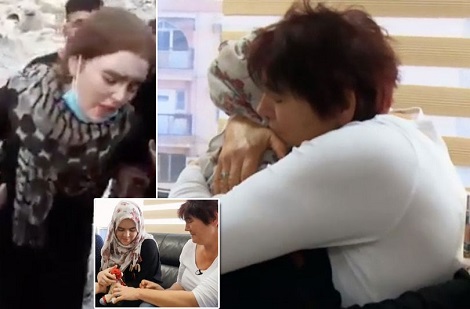 A teenage girl who ran off to join ISIS and become a jihadi bride has been reunited with her mother as she a waits trial in Iraq.

Linda Wenzel was just 15 when she left Germany to marry an ISIS militant she met online. When Linda met her mother, Katharina, for the first time in over a year, she told her she had ruined her own life.

Linda, who now faces the death penalty, said: "I do not know how I came up with the stupid idea to go to the Islamic State.

"I have ruined my life." Linda married Abu Usama al-Shishani, a Chechen fighter from Austria, who was later killed.


After his death she was housed in various women's quarters and said she would hardly ever come out of the house.

The schoolgirl claims she never fought for ISIS, but had forged her mother's signature and bought a ticket to fly to Istanbul and meet Abu.

She was captured in July in Mosul by Iraqi soldiers who dragged the filthy, dazed and wounded girl from the former ISIS stronghold.

Next month, Linda will face trial in Baghdad, as Iraq has no extradition agreement with Germany.

According to sources inside German intelligence and security services, the ISIS schoolgirl is unrepentant according to the Iraqis.

Linda was reportedly active in a special brigade that had to check the attire of women on the streets of the so-called Caliphate.

Women who would not abide to the strict clothing rules, which included a ban on make-up and a compulsory full-face veil, were whipped by the brigade.

German prosecutors of the federal prosecutor's office in Karlsruhe are also investigating Wenzel and three adult women on suspicion of IS membership.

In September, Iraqi PM Haider al-Abadi said that Miss Wenzel might face the death penalty as he explained that the Iraqi judiciary is deciding which charges will be levied against her.

The actual moment of the reunion at a Baghdad police station felt a bit uncomfortable and hesitant as mother and daughter stared at each other for more than five seconds before finally embracing.

Linda, wearing a headscarf and dark-coloured Islamic "kaftan" robe, was however seen with a clear smile on her face when she saw her mother again.

During their reunion, Katharina gave her daughter a small cuddly toy with a red Christmas hat to remind her of better times they spent as a family during the seasonal holiday at their home in Germany.

The clear threat of a trial in Baghdad and a potentially lengthy prison sentence or even capital punishment has Linda's dad worried.

Reiner Wenzel said: "I want so much that my Linda comes home again healthy.

"I will always be there for her.

"I fear for her. The authorities absolutely have to bring her to Germany so that she can get a fair trial."

If she would be put on trial in Germany, she might only be convicted of up to 10 years in prison for membership of a terrorist group. 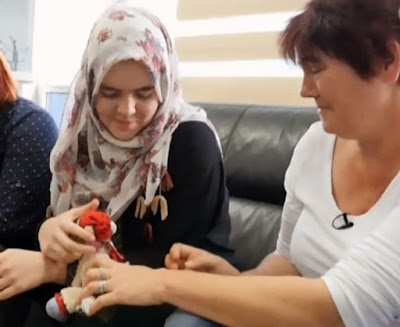 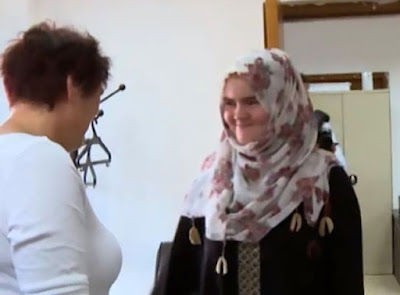