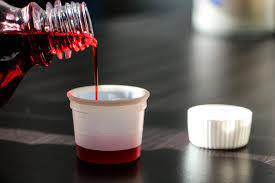 Unless there is urgent intervention, experts have warned that Nigeria may be building a nation of drug addicts.

This is not unconnected with latest reports which show that 3 million bottles of codeine are consumed daily in Kano and Jigawa States. Even the National Agency for Food and Drug Administration of Nigeria, NAFDAC, has expressed worry over uncontrolled use of codeine containing cough syrups across the country.

Ogun who spoke at a symposium put together by the Health Writers Association of Nigeria, HEWAN, with the theme: “Emergency Response to Disease Outbreaks:

“We are talking about communicable diseases, but we have another epidemic on hand, which is the issue of drug abuse. We are seeing more and more of this and it is a menace. I would urge that attention be drawn to it urgently. “There is no family now that is not affected.

Our children are at risk as much as our husbands, wives and other relatives. It is actually more than an epidemic. In all the nooks and crannies around us there are people selling drugs and we needed to bring this threat to the realm of the public and the government for us to be able to do something about it.”

In her submission, a Deputy Director of the National Agency for Food and Drug Administration of Nigeria, NAFDAC, Mrs Abayomi Bolaji who spoke on behalf of the Director General, Prof Mojisola Adeyeye raised alarm over the spate of abuse of codeine containing cough syrups. Bolaji lamented that the Agency was worried about the incessant abuse of codeine in recent times.

“We have codeine which is currently being abused. I want to let you know that in the course of our regulatory activities, if we find codeine in a Patent Medicine Store, the person will be heavily sanctioned. Codeine has medicinal use and what the Agency does is that we give permit for it to be imported and sold.”

Bolaji said NAFDAC goes as far as collating the stock from the warehouses, manufacturing facilities, and takes stock of what the importer has used and imported to produce and follow up distribution. “But unfortunately, we know people cut corners.

Codeine containing syrups are not supposed to be freely sold, they are not Over-the-Counter drugs but somehow they get into the hands of people through the pharmacies or Patent medicine dealers, but it is part of our regulatory functions to control the circulation and importation of these drugs.

“If peradventure a manufacturer cannot give account of the quantity that he was given permit to import, he is heavily sanctioned and may not be given permission to import next time. Because of the education of the pharmacists they cooperate but the patent medicine dealers y are the ones selling at night, and we cannot get them when we go during the day time.

But it has been discovered that they go as far as hiding these drugs with persons in the next shop, maybe with a tailor or barber. People need to be told the consequences of their action. It is not only just about money. The demand for codeine containing cough syrups is so high.”