Youths Mob‘Lovers’ For Having S*x At Funeral 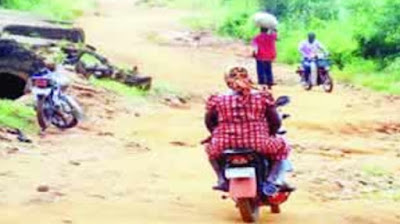 The intervention of some elders in Umuduru Village, Ihiala Local Government Area of Anambra State has saved a man and woman from being lynched for openly having sex during a funeral in the community.

It was gathered that the woman and the man had engaged in an open sex during a funeral in the area.

This, Southern City News learnt, was an abominable act in the neighbourhood. A source, who pleaded not to be named, told Southern City News that the elders, after saving the two ‘lovers’, asked the man to bring six cartons of beer and some cash, which would be used to appease the gods of the land.


The source said, “This abominable act took place during a burial ceremony of a lady at Umuduru Village, Ihiala.

“It was gathered from an eyewitness that a woman believed to be a commercial sex worker living in one of the brothels in this community, apparently under an influence, said she wanted to perform `a show’.

“Some angry youths pounced on them and in the process, the lady escaped. But Chinwuba was not that lucky. It took the intervention of the elders who restrained the irate youths from sending the man to his early grave.

“The elders fined him six cartons of beer and an undisclosed amount of money. They (elders) said the fine was to appease the gods of the land for the abominable act,” the source stated.