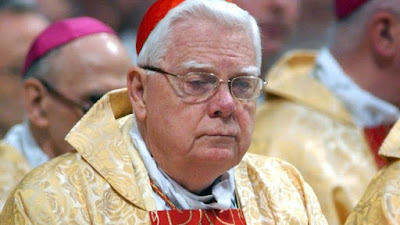 Cardinal Bernard Law, who was forced to resign as archbishop of Boston in 2002 over a sex abuse scandal, has died aged 86 in Rome.

Cardinal Law was accused of having moved paedophile priests from parishes rather than confront accusations.

After leaving Boston he took a post at the Vatican where he worked until 2011.

The Boston diocese was rocked in January 2002 by allegations of sexual misconduct by dozens of priests over a time span of decades.

The scandal prompted the Vatican to draw up new plans to combat child sex abuse in the Roman Catholic Church.