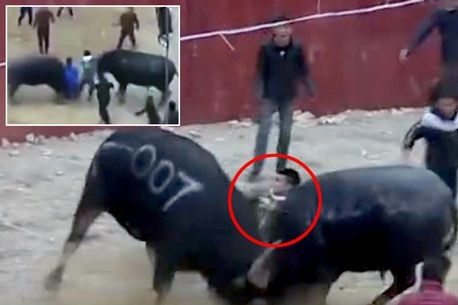 Terrifying footage has captured the moment an animal trainer gets trapped between the horns of two buffalo as they clashed at a festival.

Two men were caught in the line of fire as the raging animals locked together, but one managed to get away quickly.

The other man, who had been helping to restrain the animals at the end of the hotly contested final, found himself sandwiched painfully between the eventually winner and runner-up.

Horrified bystanders attempted to pull the animals apart in a bid to save the man.


Mercifully, the buffalo finally break apart allowing the man to jump to his feet with the help of another trainer in the ring.

Miraculously, it appears he managed to escape the ordeal without any serious injuries. 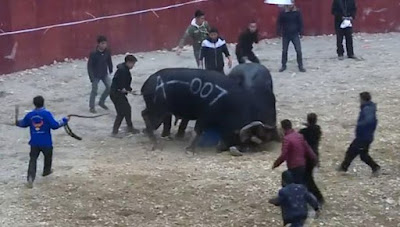 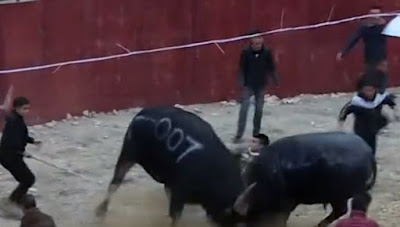 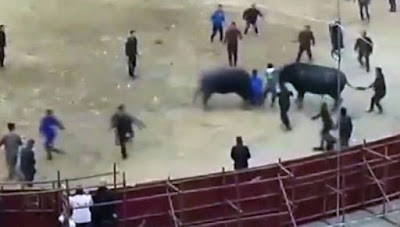