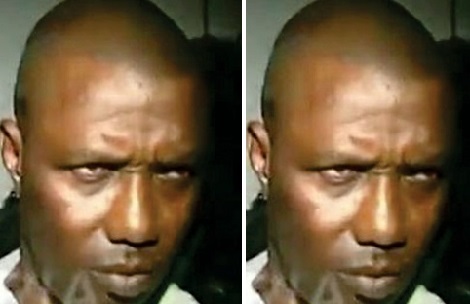 The police in Lagos have said that a popular oil marketer, identified as Alhaji Alaka Abayomi Kamal, is the prime suspect in the Badoo cult killings in Ikorodu and Epe areas of the state.

The state command has now declared him wanted, indicating in a statement by its spokesperson, Mr. Chike Oti, on Friday that the 51-year-old suspect was on the run.

Kamal, the owner of Alaka Petroleum, “is wanted in connection with series of well-orchestrated killings and nefarious activities of the Badoo cult group,” the statement said.

The cult was known for its modus operandi of smashing the heads of its victims with mortars, pestles or large stones. In a killing spree, that created panic in the state few months ago, children, men and women were murdered by suspected members of the group.


Kamal was declared wanted in a Special Police Gazette Bulletin issued under the authority of the Inspector General of Police, Ibrahim Idris, with reference number CR 07/2017.

Oti said that Kamal, who had earlier been arrested and released on bail, has reportedly frustrated many attempts to re-arrest him.

He was declared wanted after the police obtained a warrant of arrest from a magistrate’s court in the state.

“He is five feet, eight inches tall, dark in complexion, stout in stature with no tribal marks. He speaks Yoruba and English. He is Yoruba by tribe and 51 years of age.”

According to the police, Kamal lives at the PSSDC Magodo Estate in Shangisha, Lagos.

He is described as someone with brown eyes, oval face, small head with a low forehead with “a good set of teeth and always wore a white kaftan.

It would be recalled that a combined team of various security agencies had discovered and  demolished a Badoo shrine allegedly belonging to Alaka in Agbowa area of Ikorodu in September, an operation that was led by Commissioner of Police, Mr. Imohimi Edgal.