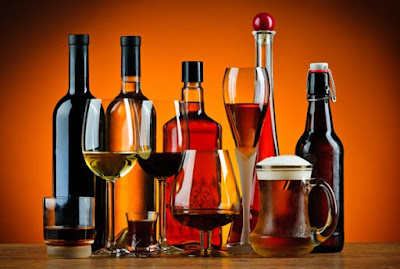 Drinking alcohol raises the risk of cancer by damaging DNA, scientists have discovered for the first time, leading health experts to call for people to cut down on their consumption.

Alcohol is contributes to more than 12,000 cases of cancer each year in Britain, and can happen in other countries too, but nobody had shown why it was so harmful.

Now a new study by the Medical Research Council Laboratory of Molecular Biology at Cambridge University, has found that when the body processes alcohol it produces a chemical called acetaldehyde which is harmful to DNA.

The damage happens in blood stem cells, which create the red and white blood cells that carry oxygen through the body and help fight infections.


The researchers found that acetaldehyde snaps the DNA of stem cells, permanently altering the genetic code and triggering cancer.

Experts and charities described the findings, which were reported in the journal Nature, as ‘very important’ and urged people to drink less.

Professor Linda Bauld, Cancer Research UK’s expert on cancer prevention, said: “This thought-provoking research highlights the damage alcohol can do to our cells, costing some people more than just a hangover.

“It’s a good idea to think about cutting down on the amount you drink.”

To find out how alcohol damages the body, scientists gave diluted alcohol to mice then sequenced their DNA and analysed their chromosomes.

They discovered that drinking causes genetic breaks which rearrange chromosomes, and alter the DNA blueprint which keeps the body healthy.

Professor Ketan Patel, lead author of the study and said: “Some cancers develop due to DNA damage in stem cells.

“While some damage occurs by chance, our findings suggest that drinking alcohol can increase the risk of this damage.”

The study also found that some people carry genetic mutations in two genes - aldh2 and Fancd2 - which make them even more susceptible to the effects of alcohol, making drinking far more dangerous.

People of Chinese heritage are more likely to have the defects, which could explain the increased prevalence of oesophageal cancer in China, the authors said.

Professor Patel added: “Our study highlights that not being able to process alcohol effectively can lead to an even higher risk of alcohol-related DNA damage and therefore certain cancers.”

Commenting on the findings, Magdalena Zernicka-Goetz, Professor of Mammalian Development and Stem Cell Biology at Cambridge, said: “This is beautiful work which puts our finger on the molecular basis for the link between alcohol and increased cancer risk and stem cells. Very important.”

Prof Malcolm Alison, Professor of Stem Cell Biology at the Barts Cancer Institute, Queen Mary University of London, added : “Drinkers beware: most of our organs and tissues have stem cells, immortal cells that replenish cells lost through the likes of old age throughout our lives, and the haematopoietic (blood stem cell) system is no exception.”