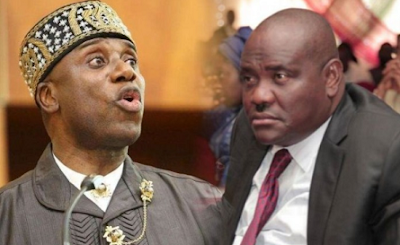 He said the people would no longer tolerate Wike’s inability and/or refusal to protect them.

Amaechi, a chieftain of All Progressives Congress (APC), who is also the director-general of Buhari/Osinbajo Re-election Campaign Organisation, said the people already had enough of insecurity and bloodbath.

The minister, yesterday in a statement  on New Year’s Day massacre in Omoku and insecurity in Rivers, said he was sad over the incident.


He said: “In the last few years, we have suffered and endured a debilitating state of insecurity in Rivers State. Many lives have been cut short, while many have been maimed. Hopes and dreams have been dashed, families distraught and destroyed. Murderous cults and rival gangs reign supreme. Our once peaceful state has lost its serenity and lustre. We are now been derisively referred to as ‘Rivers of Blood.’

“However, the killings in Omoku in the first few hours of this new year and the uninspiring, inept, blame-game response of a government that swore to an oath to protect every Rivers man and woman, should compel us to action and scream that we have had enough of insecurity and bloodbath.”