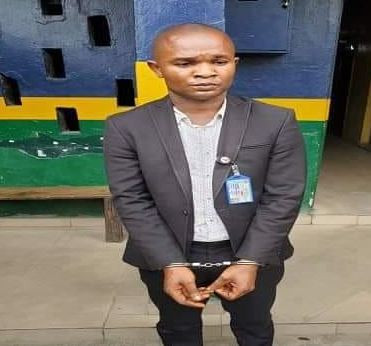 The police in Lagos have arrested a 29-year-old man who allegedly paraded himself as an operative of the Economic and Financial Crimes Commission (EFCC).

The suspect was identified as Emeka Emmanuel and was arrested on Saturday by the Ojo police division.

Bala Elkana, the Lagos police spokesperson, revealed this in a statement on Sunday.

According to Mr Elkana, a Deputy Superintendent of Police, the suspect defrauded a number of people under the pretense that he would get them a job at the EFCC.


The latest victim was identified as Olaposi Semiu, a man who the suspect promised to get his son a job after collecting N51,000.

The suspect was said to possess a fake EFCC identity card with which he was able to convince unsuspecting victims.

“The suspect was in possession of a fake EFCC ID card which he uses in parading himself as an EFCC operative. The suspect duped innocent citizens under the pretense of providing them employment with the EFCC as operatives.”

Mr Elkana said that the suspect confessed to the crime and is being investigated.

In addition to the crime of false pretense, the police said the suspect was also found operating illegal medical facility in his residence.

“Other items recovered include medical equipment and fake certificates,” the statement contained.