3 Months After Losing His Wife, Duane Chapman Is Rushed To The Hospital 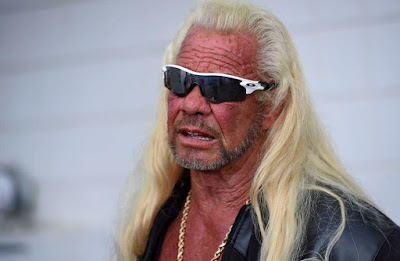 Duane 'Dog the Bounty Hunter' Chapman has been rushed to the hospital.

Chapman, 66, was taken to a hospital in Colorado on Saturday after feeling a pain in his chest, according to TMZ.

Doctors are still trying to determine what exactly happened to the reality star and if he will need to undergo corrective surgery.

Chapman’s wife Beth died of complications from throat cancer on June 26. She was 51.


Last week, during an episode of Dax Shepard‘s podcast Armchair Expert, Chapman revealed how he’s been coping since Beth’s death.

“And you’ve got to imagine what your identity is now without half of you,” Shepard said. “That’s got to be terribly frightening.”

“I googled it,” Chapman responded. “It says you adapt, you get smarter. She used to tease me, ‘You stole me from the cradle at 18 years old.’ I had her until she was 51, and I’d say one word and she knew what it meant. She’d be like, ‘Let me do it, Big Daddy, you’re too aggressive.’ And then she became more aggressive than me. And now all the sudden she’s not there. Google says you get smarter when you’re forced to deal with it. Because I still go, ‘What time do you have to be up in the morning, honey?’ I’m setting the alarms. …I’m getting better. I depended on her for so much.”

His rep has however confirmed the news in a statement saying; “I can confirm Dog is under doctor’s care and is resting comfortably. Thank you for all of your well wishes — keep ’em coming.”