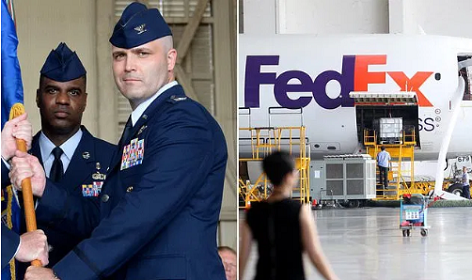 China has confirmed the detention of a FedEx pilot, who was found trying to carry a box of air-gun pellets across the border, the Foreign Ministry said Friday.

The U.S. pilot was arrested last Thursday at an international airport in the southern city of Guangzhou as he was preparing to board a flight to Hong Kong. Hohn was detained on Sept. 12 after pellets used in replica air guns were found in his checked bag, the ministry said.

“According to the information we obtained from relevant parties, on the morning of Sept. 12, Guangzhou Baiyun Airport Customs seized a box of suspected 681 air-gun bullets, in baggage of an American passenger, who was departing from China,’’ ministry spokesman, Geng Shuang said.


“Upon investigation, the passenger was found to be a FedEx pilot.’’

The pilot had entered China the previous day as the deputy captain of a FedEx freighter, Shuang said.

FedEx confirmed to the Wall Street Journal the arrest and subsequent release on bail of one of its pilots in China. The arrest comes as Beijing accuses Washington of fomenting anti-government protests in Hong Kong.

He is suspected of smuggling weapons and ammunition and has been granted bail pending trial, the spokesman said.

He said that Chinese authorities have been in contact with the U.S. Consulate General in Guangzhou.

FedEx has also been caught up in the U.S.-China trade war. The company apologised in June after misrouting some Huawei packages and returning a Huawei smartphone bound for the U.S. to its sender in Britain.