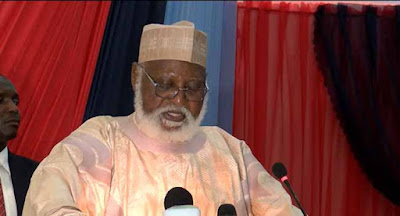 Former Head of States General Abdulsalam Abubakar is not sick neither was he flown abroad according to a recent publication.

The publication had alleged, the former Head of State who lives Niger state, is critically sick and has been flown abroad for medical treatment.

The report claimed to have gotten the scoop from Jackson Ude, a former Director of Strategy and Communication under ex-President Goodluck Jonathan.


Ude on Thursday, September 19 tweeted: “Please pray for General Abdulsalami Abubakar. He is sick and hospitalised in a London Hospital.”

However, fresh reports indicate that the former leader is in Niger state, Nigeria. He was at the second General Abdulsalam Abubakar Foundation annual Peace lecture in Minna on Saturday, less than 32 hours after the post circulated.

He was also at the Central mosque in Minna for the Jummat prayers on 20th September.