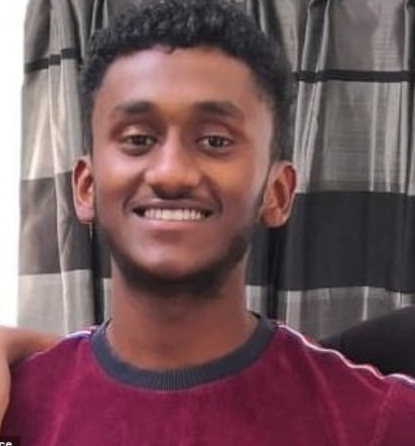 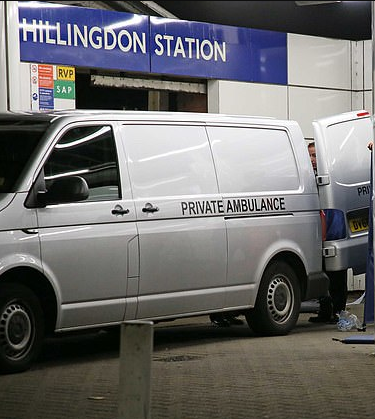 An Arsenal fan on the way to a match was stabbed to death by an attacker who accused him of 'staring at him weirdly' on a tube platform, friends have said.

Photographer Tashan Daniel, 20, was getting the tube to the Emirates stadium to watch the game between his team and Nottingham Forest when he was the victim of an apparently random attack at Hillingdon station.

A friend, who described Tashan as the 'softest guy', said: 'I'd heard someone on the opposite platform said he was staring at him weirdly.'

Around two hours later, a 22-year-old, named locally as Osvaldo Carvalho, was brutally attacked and killed near Ealing Common.


The Met Police confirmed today the two murders - which are believed to be the 113th and 114th violent deaths in London this year - are being treated as separate incidents.

Passengers were in tears after witnessing the brutal stabbing which police said began on the train and spilled onto the platform.

Shouts and screams were heard from the platforms as shocked commuters rushed out of Hillingdon Station in north west London.

Luke Flynn, a colleague and former schoolmate of Mr Daniel, said: 'He will be missed my his friends family and work colleagues.

'He was really involved in his track running. I'm pretty sure he was one of the better runners in the UK. He was always doing it every weekend. He was doing really well in the 100m and 60ms.

'He was a nice guy, quiet, and just got on with his work. It's sickening. It's horrible to hear, he was such a nice guy, he was always up for helping. Everyone was taken aback when they heard.'

A spokesman for Arsenal FC said: 'Everyone at Arsenal Football Club is shocked and deeply saddened to learn of the tragic passing of Arsenal fan Tashan Daniel.