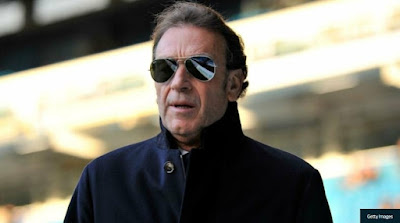 Italy has been hit particularly hard by the COVID-19 pandemic, recording almost 176,000 positive tests and 23,227 deaths, which is second only to the United States.

The Lombardy region in the north of the country, where Brescia is situated, was at the centre of the outbreak in Italy and swiftly put on lockdown, but the virus has continued to wreak havoc.

Testing in Lombardy over the past few weeks had been ramped up and results appeared to show many people contracted the virus without showing symptoms.

Media reports on Saturday suggested Cellino had been one of those to test positive and he later confirmed this to be case.

“After two weeks in quarantine in Cagliari, I went to the hospital to check [if I had the virus],” the former Leeds United chairman is quoted as telling La Repubblica.

“It turned out my daughter had the virus, but my son did not, and then I had it instead. I felt excessive fatigue and severe pain in my bones.”