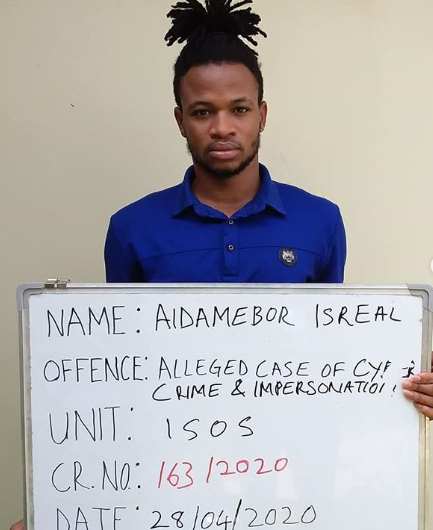 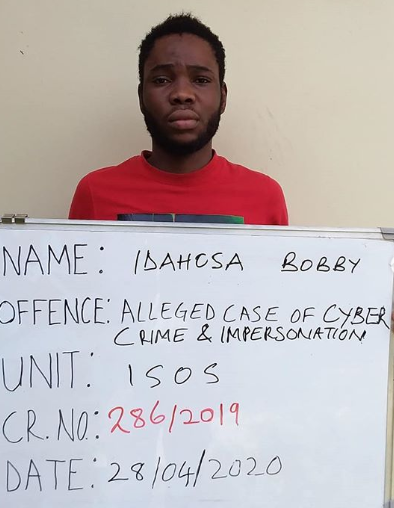 The Economic and Financial Crimes Commission (EFCC), Kaduna Zonal Office has secured the conviction of two internet fraudsters on April 29, 2020.

The convicts whose names were given as Idahosa Bobby and Aidamebor Israel were convicted for offences bordering on internet fraud.

A statement from Tony Orilade, Acting Head, Media and Publicity Unit of the Commission on Thursday indicated that they were arraigned before Justice Mohammed Tukur of the State High Court sitting in Kaduna, Kaduna State.

According to the statement, “The convicts were each arraigned on separate one-count charge bordering on online fraud and for possession of fraudulent documents.”


Idahosa and Israel were said to have been arrested by a team of operatives attached to the Intelligence and Special Operations Section (ISOS) following intelligence report indicating their involvement in cybercrime.

The charge against Bobby reads: “That you, Idahosa Bobby sometime between January to March 2020, in Kaduna, within the Kaduna Judicial Division of this Honourable Court, did attempt to cheat by impersonating one Waseelah6 using her Instagram account and in such assumed character, sent scam mails to unsuspecting citizens and you thereby committed an offence contrary to Section 57 of the Penal Code Law of Kaduna State 2017 and punishable under section 309 of the same Law.”

The charge against Israel reads: “That you, Israel Aidamebor sometime in 2019 at Kaduna within the jurisdiction of this Honourable Court of Kaduna State, did fraudulently induce one Mr Eyup, a Turkish national to disclose his full personal and security information which he would not have done but for your deceit by impersonating one William Illumie, an Illuminati agent via WhatsApp, a social media account and thereby committed an offence contrary to and punishable under section 142(1) of the Kaduna State Penal Code Law No.5 of 2017.”

They pleaded “guilty” as charged.

Upon their plea, counsel for the EFCC, E.K. Garba and M. Lawal reviewed the fact of the cases.