Gigi Hadid Confirms She Is Expecting First Child With Boyfriend 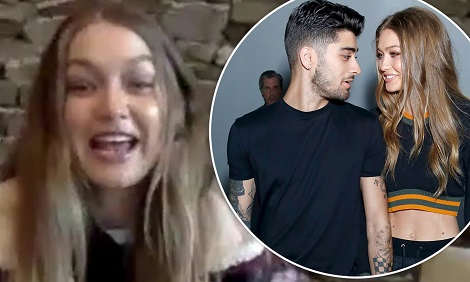 Gigi Hadid has officially confirmed her pregnancy. The model, 25, was appearing on The Tonight Show from home on Thursday when she confirmed she was expecting her first child with boyfriend Zayn Malik.

'Thank you so much,' Gigi said after Jimmy congratulated her on the pregnancy. 'Obviously we wish we could have announced it on our own terms, but we're very excited and happy and grateful for everyone's well wishes and support.'

A father of two, Jimmy advised Gigi to savor the moment. Gigi was appreciative she was able to fully experience her pregnancy, now that she's forced to stay indoors due to quarantine.


'I'm trying, and especially during this time, it's a nice silver lining to be able to be home and together and really experience it day by day,' Gigi replied.

Gigi also revealed she had been craving everything bagels during her pregnancy, and had been having one everyday.