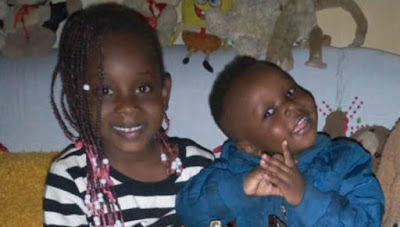 A 24-year-old woman on Saturday night stabbed to death her two children, aged 2 and 6, at her house in Kayole, Nairobi.

The woman, identified as Winfred Nduku, is nursing serious injuries at Mama Lucy Hospital after a botched suicide.

According to Winfred’s mother, Josephine Wambua, with whom she lives with, trouble started when the young woman arrived home at about 7 pm.

Josephine said that she confronted her daughter on why she was on the phone instead of cooking something for her two children who had gone to bed hungry.

Winfred, whom the mother says is hot-tempered and has been threatening to kill the children since they are hers, went to the kitchen where she grabbed a knife and started stabbing the children.

The woman also attacked her mother but was overpowered and thrown outside the house. As the neighbours milled around the house, Josephine said her daughter stabbed herself in the stomach.

The children had been staying at Mihago, Nairobi with their paternal grandfather, Shukuru Ali, who receives their financial upkeep from their father based in Qatar. The man said Winfred and her son were not married.

Shukuru told K24 Digital that Winfred had requested to stay with the children during this Covid-19 period because schools have been closed for nearly two months now.

Following the incident, the children were taken to the hospital but were pronounced dead on arrival from the wounds inflicted by their mother.

Police have launched investigations into the murder incident.