UNBELIEVABLE: Man's Head Found in Ebute Meta And His Body Found In Surulere


The Police in Lagos State have recovered the mutilated remains of a man, identified only as Christmas, which were dumped at two different areas of the state. 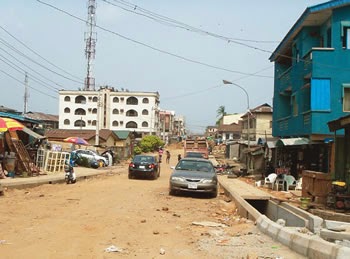 Punch Metro learnt that the victimâ€™s head was found at Olokodana junction in the Ebute Meta area, while his body was recovered in Alaka, Surulere, on Wednesday.

It was gathered that the identities of Christmasâ€™ killers were, however, yet to be unraveled by the police.

A lodger, who was passing by the junction around 7am, was said to have raised the alarm, having discovered the head in a pool of blood.

Our correspondent gathered that two factions of hoodlums in Ebute Meta â€“ Oto and Olokodana gangs â€“ had since 2010, engaged one another in supremacy battle, which had allegedly claimed no fewer than 20 lives.

Punch Metro had reported on Friday, January 9, the killing of one Waheed Yusuf (aka Skippo) said to be the leader of the Olokodana gang.

He was allegedly killed in his house on Fagbayimu Street, Olokodana, Old Apapa Road, by some unknown gunmen.

A resident in the area, Tunde Adeniyi, told our correspondent that Christmas, who used to belong to the Olokodana gang, had abandoned the gang and was planning to leave the neighbourhood on Wednesday before he was killed.

He said, â€œI saw him packing his luggage on Tuesday. He said he was no longer interested in the clashes, adding that most of the top men in his (Olokodana) group were dead.

â€œHe even said the motive of the rivalry was baseless, so he would rather quit and leave the community. I was surprised when I saw his head this morning. His body was later found in Surulere by the police.â€

An eyewitness, who gave his name simply as Kola, said men of the Special Anti-Robbery Squad stormed the community on Monday to avert an imminent clash.

â€œSARS came here late evening on Monday and raided everywhere. They recovered guns and arrested some hoodlums, including a lady,â€ he said.

He, however, said he had not been briefed on the recovery of the victimâ€™s body.

He said, â€œA bodiless head belonging to a yet-to-be-identified male was recovered at Olokodana junction, Ebute Meta, by policemen from the Iponri Division acting on a tip-off.

â€œThe head has been deposited at the Yaba General Hospital morgue, while investigations aimed at unravelling and apprehending the characters behind the act have been activated.

â€œMembers of the public are enjoined to avail us information that will aid diligent investigation. I have not got any information on the recovery of his body in Surulere.â€