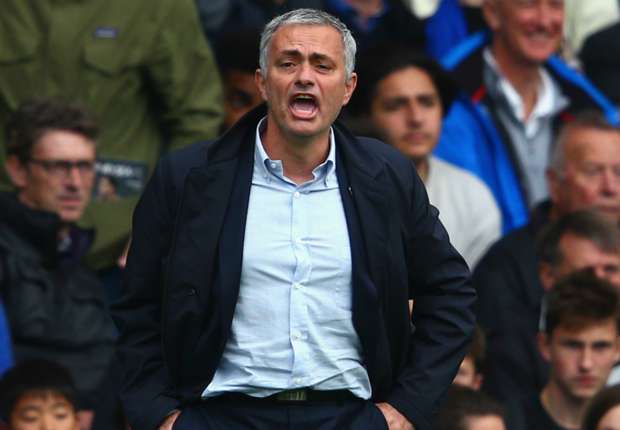 The Blues defeated Aston Villa 2-0 at Stamford Bridge on Saturday and the Portuguese believes he and his squad have the talent to build on the result after a shaky start.

Jose Mourinho believes Chelsea have "a very good manager and very good players", but has warned that victory over Aston Villa does not make them the Premier League's best team again.

Saturday's 2-0 win at Stamford Bridge - which came courtesy of a Diego Costa strike and an Alan Hutton own goal - was only the champions' third from nine Premier League matches in 2015-16.

Mourinho was keen to stress afterwards that the vital three points do not solve everything, but spoke of his confidence in himself and his squad to build on the result.

"We are just a team with a very good manager with very good players trying to reach our normal level.

"But it is not because of one victory that we become great again."

Chelsea are 10 points behind Premier League leaders Manchester City and the Portuguese boss was reluctant to be drawn on whether he thought a charge for the title was definitely out of the question.

"I don't know," said Mourinho. "I just know that Tuesday we have a game [at Dynamo Kiev in the Champions League] and I think we can win it and next Saturday we play against a fantastic team with a manager [Slaven Bilic] who is showing all his qualities at West Ham but we still think we can win.

"We will go like this, match after match and see what can happen."

However, Mourinho was unimpressed when asked why Chelsea could only manage three shots on target throughout the victory over Tim Sherwood's men.

He said: "You always try to find negative things, even when we win.

"I don't want to go in that direction. I just want to say that we won and we deserved it."