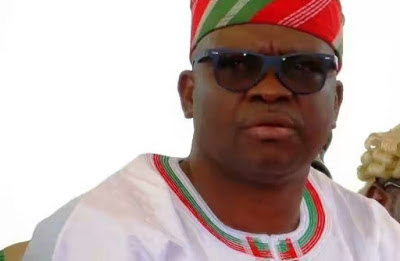 What won’t we hear from Ekiti? Concerned Trade Unions in Ekiti State, comprising artisans and commercial drivers, today held an anti-workers rally in Ado-Ekiti, describing the ongoing strike declared by labour unions to press home for the payment of myriad of outstanding benefits as politically motivated.
They also accused the leadership of labour of taking N25 million bribe to destabilize the Ayo Fayose-led government .
The protesters led by the Chairmen of Road Transport Employers’ Association of Nigeria, Com. Samuel Agbede and National Union of Road Transport Workers, Com Clement Adekola, paraded placards of various inscriptions, massed at the popular Fajuyi Park and marched to Ijigbo to shore up supports for Fayose’s government.
Click to read more