Photos: Miracle Baby Born With Intestines And Bladder Outside His Body


A baby is lucky to be alive - after he was born with his intestines and bladder outside of his body. 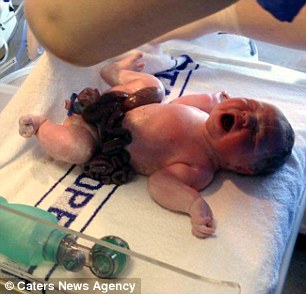 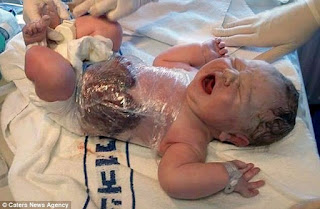 Doctors were forced to wrap Jack Hearne in  kitchen cling film, in seconds after he was delivered naturally, to stop the chance of infection and keep his organs close to his body, in a desperate attempt to save his life.

A rare birth defect, called gastroschisis, meant he was born with two of his vital organs on the outside
after his abdomen failed to form properly.
However, four months later, Jack is finally home with his parents, Orla and Brian, and older sister Ella, in Waterford, Ireland. 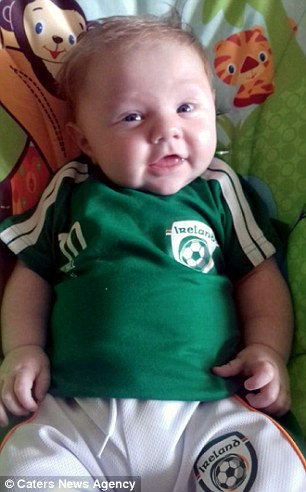 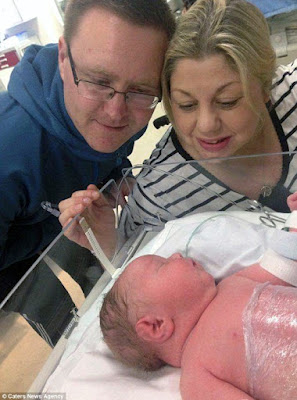 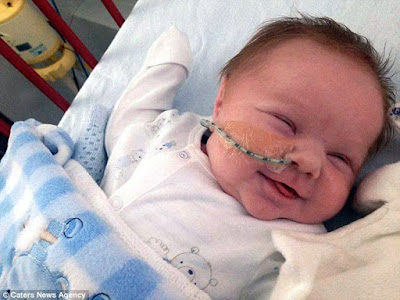 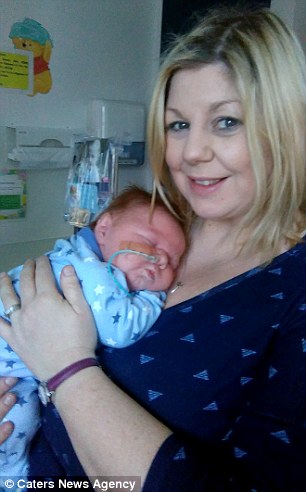 Hours later after his birth, Jack had had his first operation where surgeons were able to put two thirds of his organs back into his stomach.

The rest of his organs were hung in a bag above his stomach in the hope that they would fall back into place. And a second operation the following morning allowed them to do just that.

His parents were told they would be in hospital for three months, but after just four weeks they were able to take Jack home.